Back to blog
Home / Blog / Asphalt General / A Bumpy Road: The Revolutionary Rise of Asphalt

A Bumpy Road: The Revolutionary Rise of Asphalt 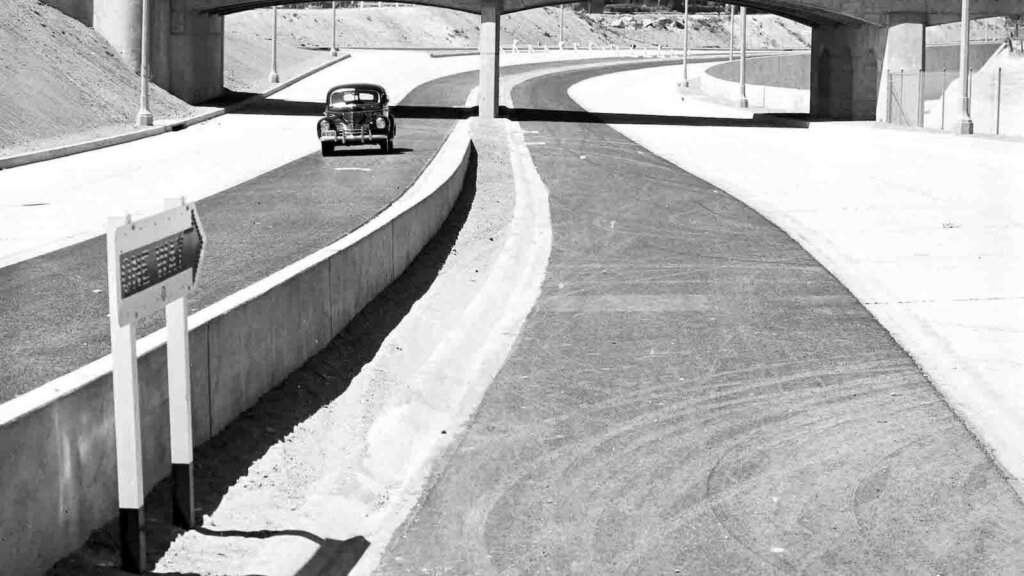 The following American-based article uses the term ‘asphalt’ as we in Western Australia refer to what is known as ‘bitumen’ in Australia and is the heavy by-product of the refining of crude oil.

The USA ‘Asphalt’/Australia ‘Bitumen’ refers to the thick black liquid component used as a binder (much like cement in concrete which people often also mix up the terms) to bind the aggregate and sand together into a workable product.

Bitumen is also used as a ‘spray-seal’ whereby the liquid bitumen is sprayed onto the surface then covered with aggregate and rolled in, usually repeating a second coat.

In Australia, asphalt is also known as hot-mix, bituminous concrete, asphalt concrete and simply as asphalt.

So please read on to see the history of asphalt (bitumen).

Like most things, asphalt is a product with humble beginnings, mastered over hundreds of years of trial and error.

Today, asphalt is everywhere we look in Perth – roads, car parks, asphalt driveways, sport courts and more, but where did it all begin?

In this article, we rewind time and look at the key historical events that turned asphalt into the widely used surfacing material we all know and love.

Some variations of asphalt were used as a water sealer or mortar in ancient times, but the first notable evidence of its application as a surfacing material was in 625 B.C. in Babylon.

In fact, both the Greeks and Romans used asphalt for various means around the same time. Asphalt the word is derived from the Greek word ‘asphaltos’ which means ‘secure’.

A whole lake of ‘asphalt’ was discovered in 1595 by Sir Walter Raleigh at the island of Trinidad. Observing the natives use of the material, he hijacked its water sealing properties to re-caulk his ships.

Large natural blocks of asphalt were utilised in Paris to surface the Champs-Élysées in 1824, marking the first ‘modern’ asphalt road.

The first asphalt road in the USA was paved in 1870 in Newark, New Jersey. The chemist behind it all, Edmund J. DeSmedt also paved Pennsylvania Avenue which connects to the White House in Washington DC. From here, more and more major roads were created.

Early experiences of asphalt were awe-inspiring, as renowned author Laura Ingalls Wilder recalled of a wagon journey in 1894:

“In the very midst of the city, the ground was covered by some dark stuff that silenced all the wheels and muffled the sound of hoofs. It was like tar, but Papa was sure it was not tar… It was like magic.”

With the first cars hitting the ‘roads’ of America, natural asphalt was no longer feasible and as a result, production of refined asphalt ramped up. Some advancements in the mechanization of the laying process also began taking shape around this time.

During World War 2, the need for a heavy-duty transport surface became apparent. It was 1942 when the US Government refocussed their attention to advancing the asphalt technology. Private asphalt contractors began distributing their advancements residentially and commercially with asphalt driveways and car parks.

Then in 1956, the US Government introduced the Interstate Highway Act to pump $51 billion into improving roads around the country. This is still the largest public works project in US history as that sum would now be worth over 10x that amount.

WA relied on railroads for most interstate travel in the early 20th century, however the introduction of Main Roads WA in 1926 began the mission of a more connected state. Much like the US, WA strengthened the main arterial roads during World War 2 – especially those roads in the north of the state.

After the war, the Australian Government provided funding to expand road networks even further. The Commonwealth Aid Roads Act in 1959 provided significant contributions to the roads and car parks around Perth.

Just 30 years later, in 1989, NK Asphalt began operations and is now one of Perth’s most experienced and well-known asphalt contractors. In our own slice of history, we laid a new asphalt driveway and carparking area at the WA Parliament House in Perth, in a number of visits over several years. 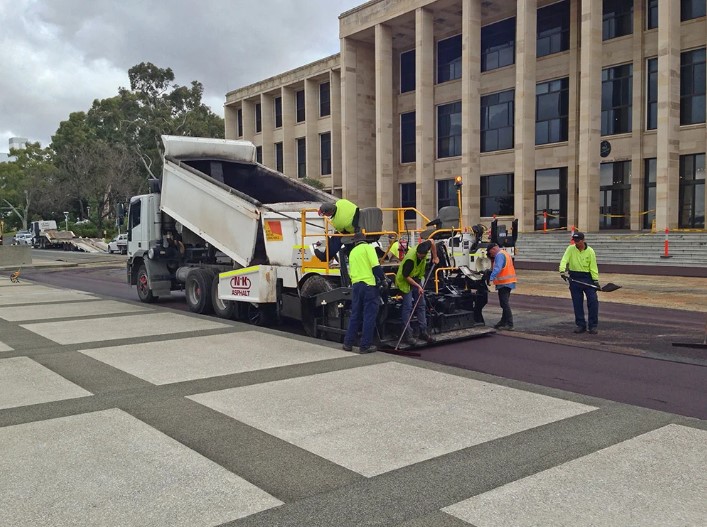 The most popular surfacing material in the world is improving year on year. The current premium solution is an advanced hot-mix asphalt, which is far smoother, more durable, and more versatile than the asphalt of the past. This mixture is a combination of aggregate (gravel and sand) and bitumen binder, which is mixed at a high temperature.

What was once a rare, “magic” material, is now readily available for large asphalt driveways and other large private uses.

Asphalt contractors have come a long way since the dawn of the large-scale use of asphalt. NK Asphalt is the result of over 30 years’ experience and a strong customer base of returning clients.

For a free measure and quote, contact us today.

How To Expertly Resurface an Asphalt Driveway Perth